Review of “Heir of Fire” by Sarah J. Maas

Review of “Heir of Fire” by Sarah J. Maas 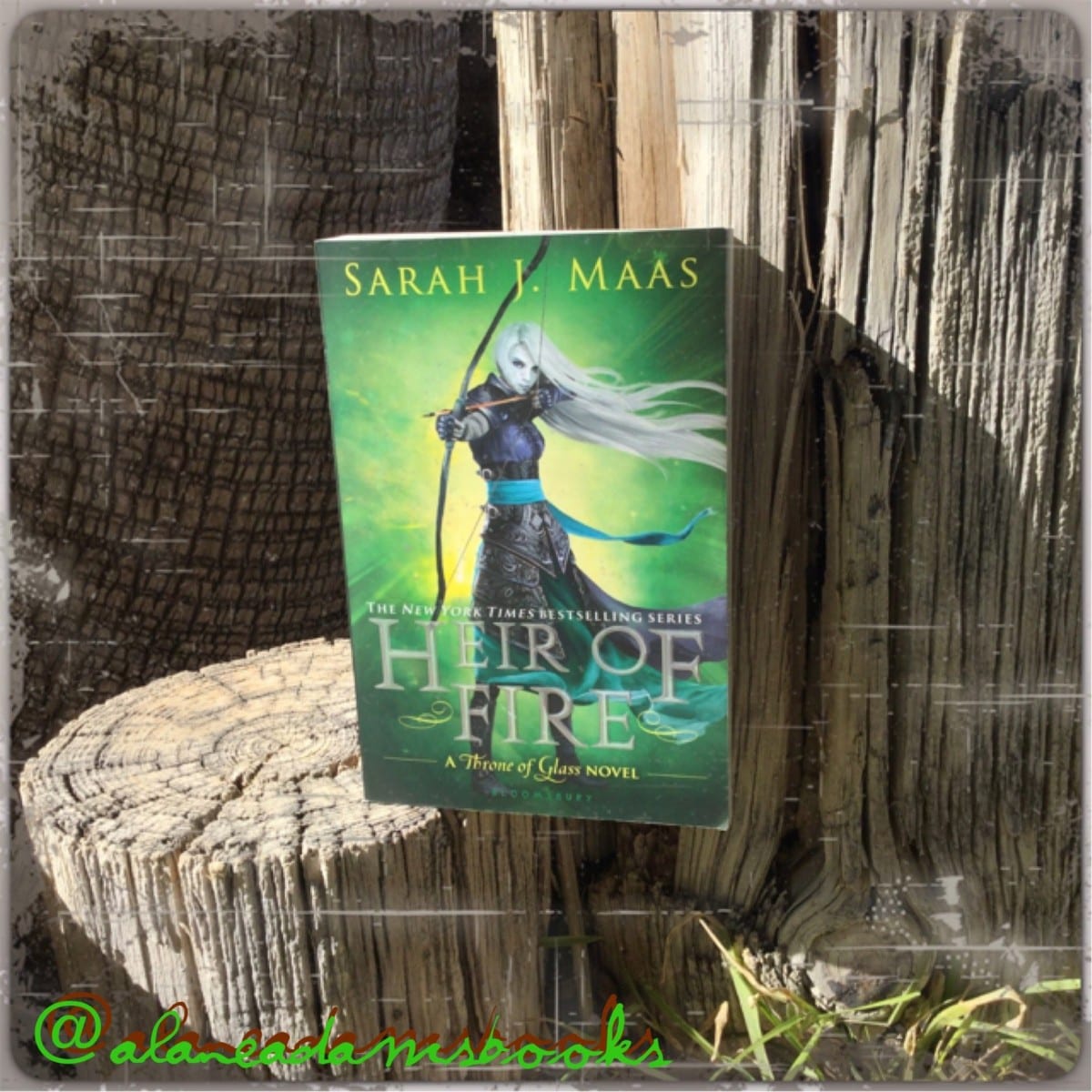 After finishing Crown of Midnight, I was really excited to leave Aderlan behind (finally!) and have Celaena explore more of this magical world Maas has beautifully created. I knew I would miss the interaction of Celeana with Chaol and Dorrian, but I was growing tired of her need to emotionally flog Chaol for Nehemia’s death when essentially Nehemiah set it up. But instead of opening the pages to find Celaena on an adventure, we find her in a drunken sprawl on a rooftop, drowning in self-pity and doing…nothing. Kind of a letdown. Not sure why Maas chose this opening, but it definitely gave the book a low emotional start for me.

When Celaena encounters a mysterious person, things start to pick up as she is brought before her Aunt Maeve, a cruel and ultimately, despicable relative. Celaena is ordered to master her powers before Maeve will share any secrets about the wyrdkeys. Thus begins hundreds of pages of training and brutality between her immortal fey warrior tormentor, Rowan Whitethorn, and Celaena. Page after page of Celaena filled with self-loathing and such a low opinion of herself even Rowan agrees she’s not worth keeping alive. After a few rounds of Celaena lashing out and insulting Rowan, and Rowan punching, taunting, and horribly shaming Celaena back, I wanted to smack both their heads together. But finally, as Celaena inched her way toward accepting and understanding her powers, Rowan started to grow on you, and became one of my favorite characters in the story, (probably because he’s one of the few that never wallows in self-pity). I did find his sudden compassion after seeing Celaena’s whipping scars a bit much. He had been through as much himself, and to suddenly have so much compassion for her after showing so much contempt, seemed one of the few character movements for Rowan I found abrupt and artificial. Their friendship deepens over time and for me, it is one of the best parts of the book. (I worry Maas will turn it into a romantic one as it seems to tilt that way at times.)

I’m so glad we finally got all the memories out of the night Celaena’s parents were killed! It has been dragging on for three books now, always hinted at, but never fully explained. Hopefully, now Celaena has faced the darkness of her past, she can become a leader, stop running and make a stand for her people, which is ultimately what we root for the most.

As much as I loved the addition of Manon and her Thirteen, and the evolution of her relationship with her wyvern, the story line served NO purpose to advance Heir of Fire. It had absolutely no connection to the plot of this book’s arc, and could have been completely excised from the novel and there would have been no effect on the outcome for any of the main characters. I have a problem with an author inserting an elaborate story line into a book that doesn’t pay off in the slightest in that book. In fact, Maas goes so far as to ignore the Manon-story line she had been weaving in regularly for over 200 pages straight, before bringing her back into the story at the end. By then I had nearly forgotten the players, and why I should care. It felt like it belonged in the fourth book, but maybe Maas didn’t want to take the time in that book to let those characters build up, but wanted them ready to draw on. Not an excuse, in my view, to splice it into Heir of Fire.

My second biggest pan is, even though this is YA, and drama is to be expected, a lot of the drama is overwrought in the characters, forcing them into making bad decisions or decrying their unworthiness. Celaena was a child when her parents were murdered, but she is filled with so much self-loathing over the incident and aftermath, it gets a little trying, especially when all magic is banned, and there was little she could have done. She further beats herself into a pulp (and blames Chaol) over Nehemiah’s death when even Celaena herself accepts Nehemiah chose to sacrifice herself, so her refusal to forgive Chaol, or herself, just makes her look foolish. It felt more like an author’s decision, not the character’s decision to continue to hold onto the angst, when the reader knew it didn’t really hold up.

Without Celaena there to ground them in a scene, the main subcharacters seemed to spin in the wind. Chaol turns into a complete mess, indecisive and filled with angst, while Dorrian spends the whole book trying to hide his powers instead of mastering them. Speaking of Dorrian, his love interest was…meh. When she died I was…meh. I didn’t really ever understand his passion for her, or feel like they had a strong connection, and the brutality of her murder just served to push his character toward another Maas-designed goal. I did like Dorrian’s growth in the way he stands up to Chaol, pushing his once-close friend to choose sides.

Aedion turned out to be a nice surprise, though his adoration for Celaena was a bit creepy and over the top.

The King of Aderlan remains an undeveloped character for me. He gets very little page time, simply a threat in the background, ever present, but hardly ever in the scene, with few exceptions. His assassin has been gone for months but no one seems to check up on her, to see if she has done the job he sent her to do.

Do we really need three names for our heroine: Celaena, Alian, Elentyia…

Favorite new character: Rowan Whitethorn was one of the more interesting additions. Brooding, cold, distant, brutal to say the least. But ultimately a loyal and faithful friend. The lessons grew tedious for me, the amount of time spent training and getting nowhere. I wanted there to be progress faster, and it seemed like it took forever for things to change. Things picked up for me once her powers were under control and their closeness became a reason to turn the page.

Favorite scene: When Celaena faces Maeve and gets her to give up Rowan. Amazing tension and excellent setup.

Overall, while it’s easy to pick on things, I really love Maas’ writing and I hope the next installment moves the story forward in a way that makes all this waiting payoff.

I rated Heir of Fire three stars because of the over dramatization and inclusion of a subplot that had no role in the book. I think if Maas had toned it down a bit on the self-loathing, and found a way to connect Manon’s story, it would have been a five star read. By the third book, I guess I just hoped for more.

Next week, look for a blog on writing the perfect series!

And remember, keep an iron jaw. Always keep writing, even when the critics sling their arrows.